skip to main | skip to sidebar

What are they thinking?

Mom26children
I am the proud mother of 6 children. 5 of our children have autism. We do not feel our world has ended, but just begun. We do not chelate, intervene biochemically, give shots of any kind, practice ABA, etc. We treat them as we treat any humanbeing. We treat them with kindness and respect and expect the same from them. They are exceptional children.

I have amazing news..news that I cannot hold back any longer!

Our daughter Erin, age 14, was diagnosed with severe Autism in November of
1997. She was the "worst case of autism" our pediatric neurologist had ever
seen...and he had already seen our oldest daughter Caitlin.

Erin started pediatric intervention when she was 13 months old. She actually
had 3 therapist work with her because she was so difficult.
Feces, soap, detergent, lotion, toothpaste, etc...was smeared all over our house.

When she started PPCD classes at 3, they were told..."you think Caitlin is bad, wait
til you meet Erin"...

Erin thrived...she blew these teachers away.

Erin, this week, no longer meets the criteria for Autism in the Austin Independent
School district.
Erin, this year, has been inducted into the National Junior Honor Society...
Erin, this year, was on the President's list of 8th grade students...

Our 11 year old son, Patrick, was diagnosed with Autism in January of 2002.
He had early intervention at 11 months of age and qualified for PPCD at 3 years
of age.
Like Erin, he thrived in school.

Yep...we have 2 children who have opted out of services in AISD.

I credit inclusion and some of the most amazing therapist who have worked with
the throughout the years.

You will not read about these children on Age of Autism...they were not "cured" or
"recovered".
Their stories will not sell medicine or make a doctor famous.
They would be disgusted with a "woe is me" story.
They will not sell a book...although they should.

Are they no longer Autistic.?
Nope...
They are able to be indistinguishable from their peers in the school setting.

They are amazing kids. They have both learned how to be tolerant and calm
in situations they have no control over.
Hell, you try to sit in a school cafeteria without losing you mind !!

At home, we still let them be them...but, we could not be happier with whom they have
become !!

Fighting for my Children said...

Congrats to them both. Give yourself a pat on the back for helping them get where they are today.

This truly is a wonderful story.

I have just seen the Extreme makeover-show, here in Denmark, Europe, and when I saw You feeding Your children toast and french fries, I wondered if You have made any changes in the food You are giving them, to make them better.
Here in Denmark, there is a lot af diskussions about taking milk in any form, dairy (Gluten), and refined sugar, away from autistic children, because those things make the autism worse.
Is it something You have thougt about?
Anyway, I wish You luck with Your family... ;o)Shila

I have missed you all so very much. I think of you always but don't know how to reconnect. I found your blog sometime last year was so very sad to have missed so much. I am beyond thrilled for both Erin & Patrick, they like all the kids, have always been so amazing, They could be no less with you and Patrick as parents. Mostly sad about your mom. I truly understand what you must have felt at the turn in her health. My mom passed last year and I think we are both now at peace. All my love.

I am the mother of 3 autistic children. It seems we share many of the same views on raising autistic kids. All 3 of my children are a joy to raise. Some things are more challenging, but I am glad to have the privilege of raising 3 kids on the spectrum.

Please check out my blog Beyond Convention :)

Finally there is a one stop shop to get support, advice and products for your special needs child. The Sensory Spectrum Shop www.sensoryspectrumshop.com provides for all of your child's special needs at home, at play, and at school. Best of all, we give back. A portion of our annual proceeds goes to help fund Autism research and many other special needs programs. Find us on Facebook! https://www.facebook.com/sensoryspectrumshop

Please email me! I have a question about your blog! :)

It's very great article and i find a nice game plese click this web site.league of legends boost 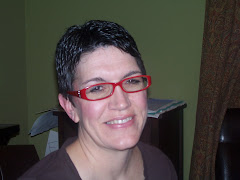 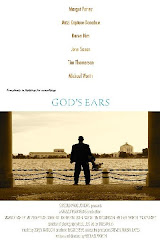